Capoeira is an Afro Brazilian art form that weaves acrobatic movements, fight, play, strategy, music and philosophy into a rhythmic game of real and ritualized combat resulting in a non-choreographed “conversation” between players.

The history of Capoeira spans over 500 years of Brazilian history, originating with the importation of generations of West Africans into the slave trade by the Portuguese colonists. Forced into labor in the massive sugar cane industry of Brazil, and punished should they practice traditional customs and dances, the slaves found unique ways of retaining their diverse cultural identities and traditions.

Capoeira was created out of this need for preservation as well as the desire to ready themselves for escape and rebellion.

Capoeira’s deadly potential was hidden from the slave-masters by its dance-like beauty, acrobatics, and its music.

For the slaves, Capoeira was a literal and symbolic means of survival. It became a tool of escape and defense, a metaphor for liberation and a path to self-esteem and freedom. Subsequently, it was banned in Brazil for many years.

Driven underground, Capoeira once again, relied upon the ingenuity of the slaves and their descendants for its survival.

In 1937 Capoeira was finally legalized and recognized as a national folkloric art by the Brazilian government due, in large part, to the efforts of Mestre Bimba, creator of the “Regional” form of Capoeira.

Capoeira is a testimony to the indomitable human spirit and the tragic beauty, creativity and ingenuity of the Brazilian people, their culture and history. 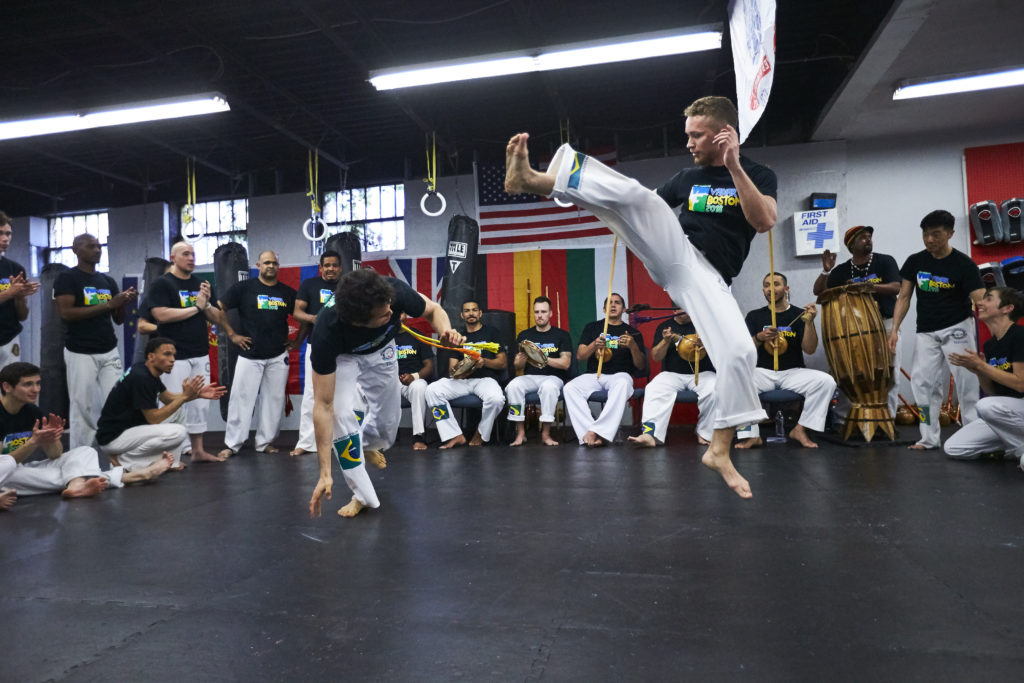